SCIENCE ON THE WING 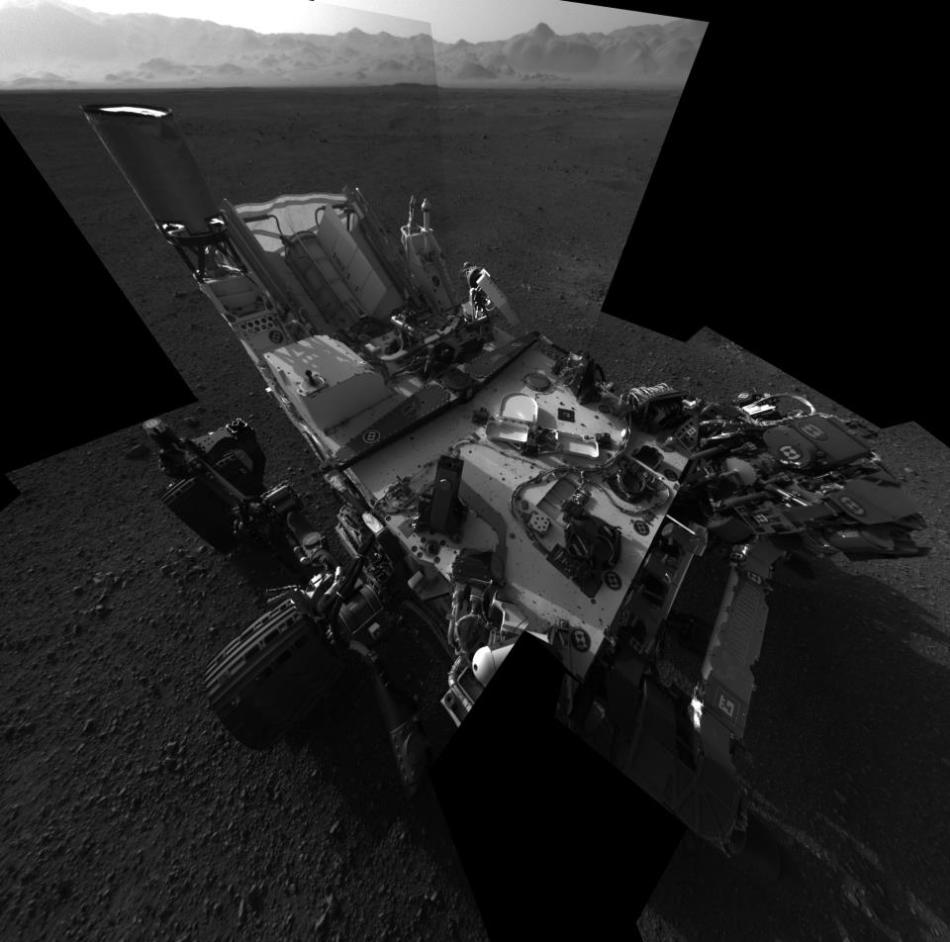 “This full-resolution self-portrait shows the deck of NASA’s Curiosity rover from the rover’s Navigation camera. The back of the rover can be seen at the top left of the image, and two of the rover’s right side wheels can be seen on the left. The undulating rim of Gale Crater forms the lighter color strip in the background. Bits of gravel, about 0.4 inches (1 centimeter) in size, are visible on the deck of the rover.

This mosaic is made of 20 images, each of 1,024 by 1,024 pixels, taken late at night on Aug. 7 PDT (early morning Aug. 8 EDT). It uses an average of the Navcam positions to synthesize the point of view of a single camera, with a field of view of 120 degrees. Seams between the images have been minimized as much as possible. The wide field of view introduces some distortion at the edges of the mosaic.
The “augmented reality” or AR tag seen on the rover deck, in the middle of the image, can be used in the future with smart phones to obtain more information about the mission.”
Leave a comment

From the twitter feed of my favorite Astrophysicist, Neil DeGrasse Tyson:

“@neiltyson: Enough on Mars. Must get back to making Earth hotter, cutting science budgets & killing each other over religious differences”

stories from the sidewalk

The Official Home of DINOS™

Here, There, and Everywhere

SCIENCE ON THE WING